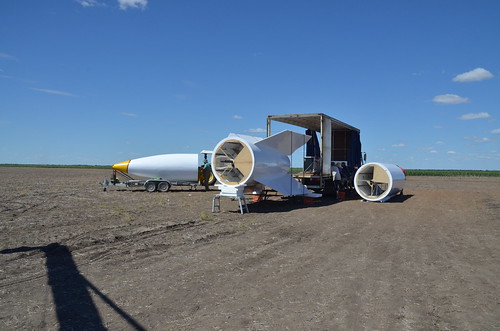 The first order of business was to begin assembling the launch rod from steam pipe, previously fabricated at the Ballarat workshop.

A grain auger, with a winch attached, was used for the lifting. 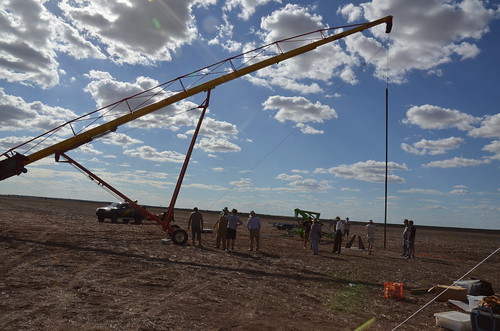 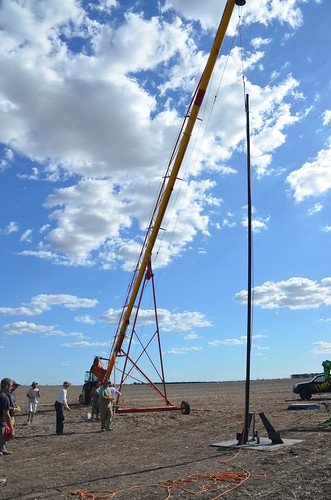 With the launch rod completed, work turned to electronics for separation and recovery.

Here's Nat, hard at work prepping the cameras that will be used to capture launch and in-flight video. 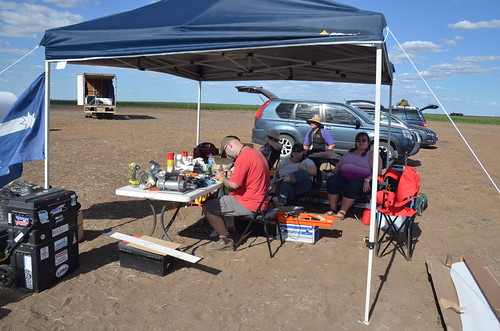 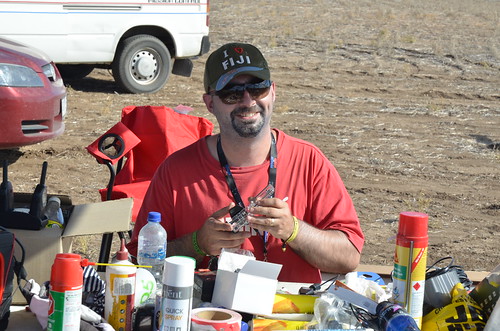 The recovery electronics were mounted inside the V2 during this time, nothing strange...

Until you see Stewart inside the rocket itself! 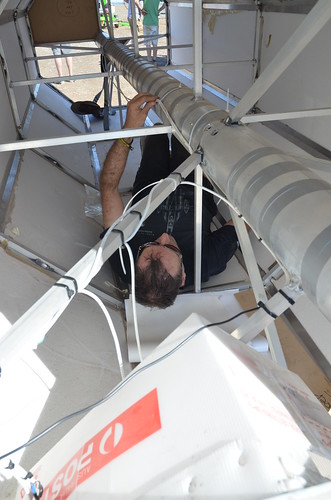 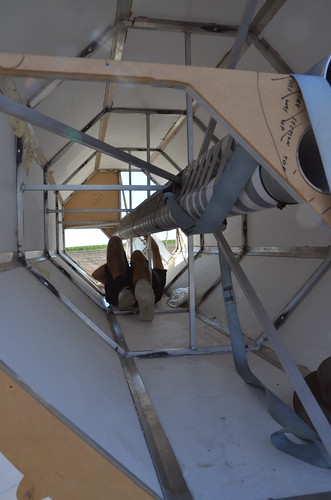 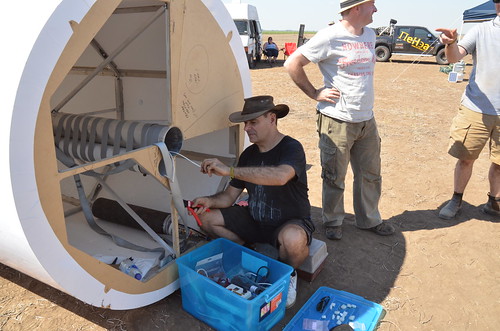 While the recovery electronics were being installed in the center section of the airframe, Troy was working on the CO2 separation hardware 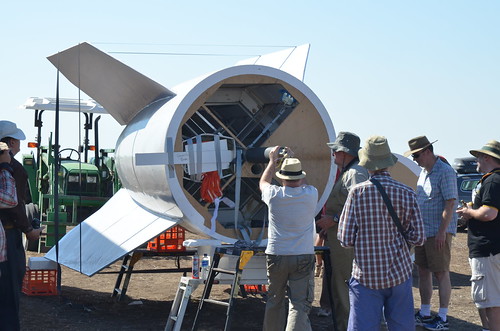 The CO2 eject system is built into the couplers that join the three sections of the rocket together.

The CO2 system has been tested many times on smaller rockets and, during construction at full scale.

The system was activated remotely by Troy on the ground using DTMF tones over a 2-way radio. 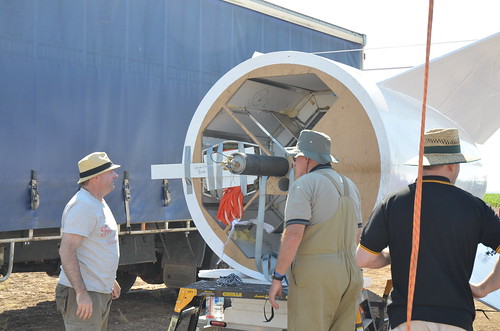 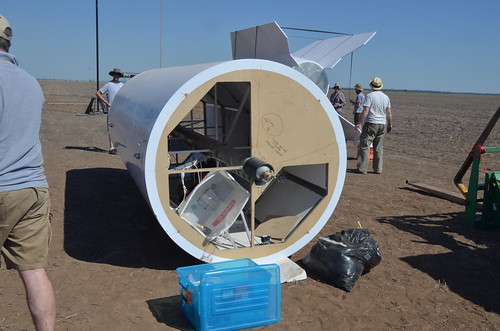 With Electronics and separation system in place, the motor was the final part to this stage of assembly. 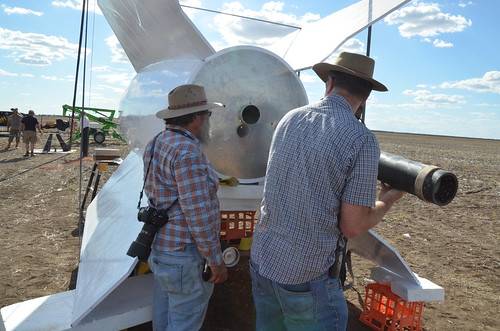 Two motors were used for testing and certification, leaving 10 for use world-wide. 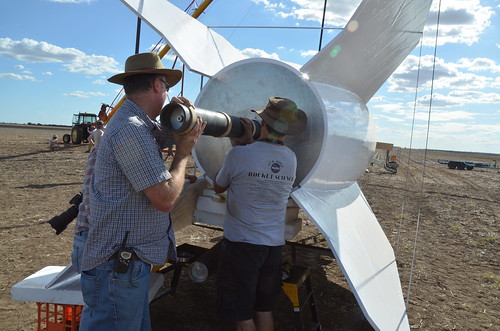 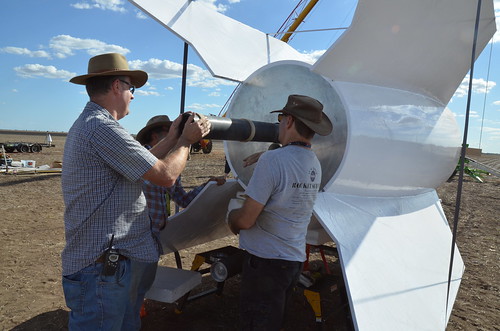 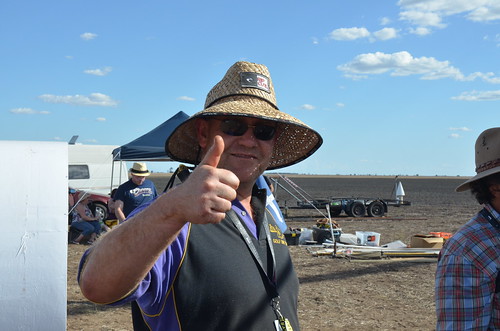 Part 2 next - Stacking the parts!