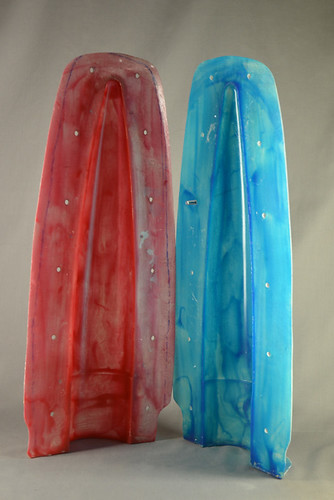 With the wax applied and allowed to dry for a period of time, a layer of gel coat was painted into the mold.

The gel coat should give the external layer of the finished nose cone a nice smooth surface. Gel coat is allowed to cure to tacky.

Strips of fiberglass cloth is then layered and epoxied into each half of the nose cone mold.

With the required number of layers applied, the two halves are then mated together and secured with bolts.

The nose cone is allowed to cure for a few hours, after which, the mold is opened.

I found that I needed to jam wedges between the two halves to open the mold.

The nose cone is removed. At this stage you can see the 'flash' or pieces of resin and fiberglass cloth

that has slipped out between the sides of the mold. 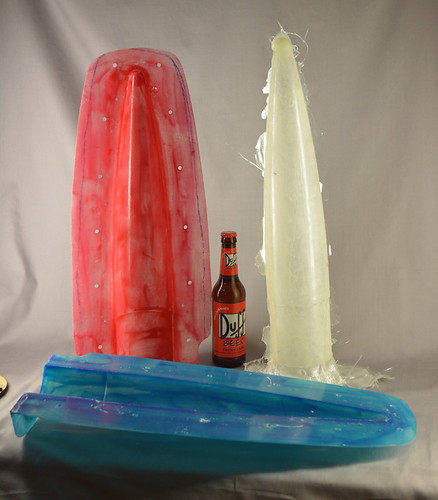 The flash is removed. 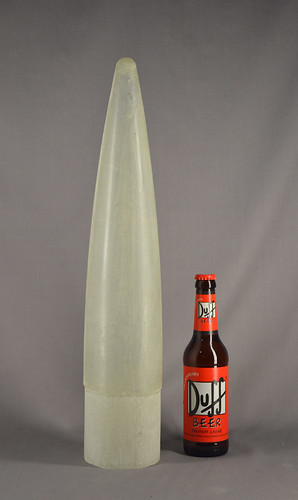 And some imperfections along the seam line fixed with filler & sanded. 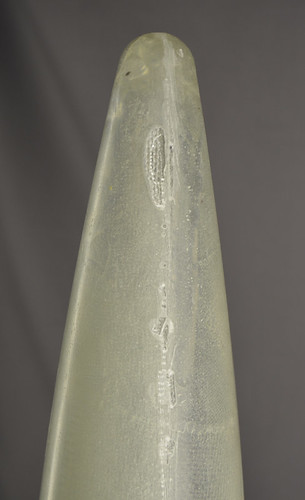 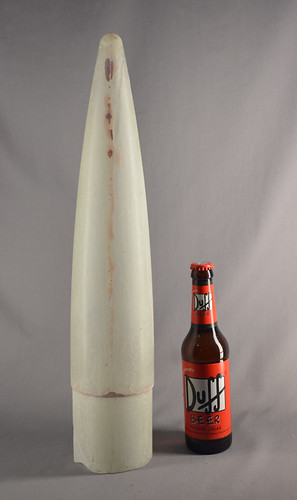