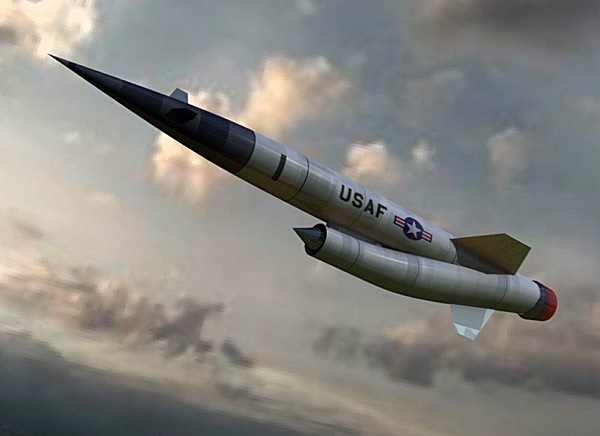 Some time ago, I read an article on This is Rocket Science. It talked about a crazy nuclear powered rocket and was illustrated with the image to the right:

Back in the mid 1950's, nuclear powered cruise missiles were being studied and in 1957, development was initiated as Project Pluto. The reactor for the missile was to be developed by the Lawrence Radiation Laboratory, with the ramjet being built by Marquadt. Ling-Temco-Vought was awarded the contract to develop the airframe for the missile itself, which was known as SLAM (Supersonic Low-Altitude Missile).
Read more at This is Rocket Science (Image and text used with permission)

And I thought to myself (and anyone else in ear-shot at the time) that I had to have a go at building one!

If the weather is on our side this weekend, it should get a launch! Read more about the SLAM Missile and Project Pluto on Wikipedia